Dhalsim from street fighter vs luffy from one piece

Kain from Legacy of Kain! Would be perfect for DB, so many options and abilities.

Floyyd from streets of rage 4 vs Jax from mortal kombat

How about Palutena vs admiral Kizaru (Kid Icarus vs One piece) Plzzzzzzzzzzzz!

Honestly I think if Danny and Jake met it would be a great crossover, Only they probably wouldn't suddenly try to kill each other for no reason and become rather more like reasonable friends. Both have alot in common. But I could see why the name of this channel is called Death Battle they would have to fight here in some way. I definitely know that Danny is strong enough to beat him cause of the advantages of his Ghost and Ice type powers.

randy cunningham should get winner

This comment section is pretty chill about this death battle

Danny not only killed Jake, but upon his spirit leaving his psychical body he captured Jake with the thermos that he'll use to personally take him to the after life. That is so METAL! On the plus side, I'm sure Jake and Dorthia will get along quite nicely.

Who should Yoda fight?

I guess that seems accurate.

HAN SOLO VS THE MANDALORIAN

Who here thinks that Shulk from Xenoblade Chronicles should be in a Death Battle? I would love that! (regardless of whether he wins or not)

Now, unless I'm misremembering these two early 2000's cartoon shows, neither Jake or Danny would actually transform in front of a "civilian" (close friends exempted) as that kind of ruins the whole secret identity thing. Also, neither would be out for blood, or anything of that nature. I do see the possibility of "fist-fight" between them either ending in mutual respect, or some building collapsing, putting "civilians" (as in their respective friends who would be trying to keep the other set in the dark about their respective secrets) in danger, forcing them to call "Time out" in order to save said civilians, and realize that they are actually on the same side.

Future Trunks vs Silver the hedgehog

Do sheeva vs Ben 10 four arms next

Ghost Rider vs Spawn is a lot better

If only Jake would've spoke first instead of throwing a punch at a random unarmed teen.

Naw Beerus might be next but idk who he’s fighting

I'm glad one if them didn't die

You guys should do another battle Royale between the Furious Five from King Fu Panda, maybe without Po though...

Prince Zuko from ATLA vs Todoroki from Boku no Hero

Am I the only one who wants to see Bruce Lee in a Death Battle episode?

bruce lee vs boyka or iceman

Please do another fight including anyone from Mortal Kombat. It is my fav game series. Pls

11:51 when somebody sneezes in a library by accident

Man...These two are more of a threat to their city than most of their enemies lol

Did anybody else saw the reason jake have green in his hair is because of hair gel P.S. John Wick vs John Rambo

It's worth a shot, I don't think you guys take requests but with Avatar returning to Netflix you should do a Death Battle to see which of the 4 Bending Techniques, and their evolved forms (Blood, Metal, Lightning, Etc.), is the strongest. That'd be awesome! Love the show.

I personally would love a deathbattle between: Alex Mercer and Venom *or another symbiote*

I always preferred that dragon design over that newer one. He was only half chinese, half american. So his dragon form should have been atleast half based on the American interpretations.

there should be one for doomslayer vs kratos!

Kratos (God of war) vs Dante (Devil May Cry)

the one and only

Can we have kid goku vs gon?

Adult naruto vs adult aang 🤔🤔🤔 can you guy make this happen

I think a death battle tournament would be super cool. Like a season of past winners are put into a bracket and the winner becomes the death battle champion and then later on the title can be challenged. I think that would be awesome

do nero from devil may cry

sam tf i am

Next do Prince Zuko against somebody👌🏿

The King Of Nostalgia

Wouldve liked a cameo from Ben 10 or Juniper Lee

I feel Shredder vs Scorpion would be awesome!

You two should make bets in the clips lols would be cool and funny!

Saitama vs Saiki K please. I just want to know if saiki could beat Saitama. I mean...we know the answer but cant saiki go through time and change genetics?

How about the flood from halo vs crabheads from half life

do zuko vs bakugo

Still waiting on the battle between Frieza (DBZ) vs Ulqiorra (Bleach)

Dissliked for shamless RT intro .....when DB is far better off with out RT's pail pastels 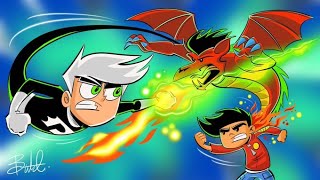 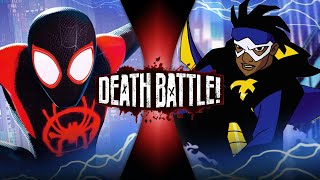 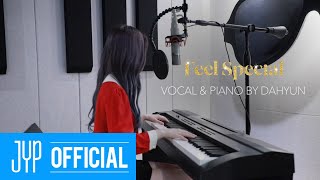